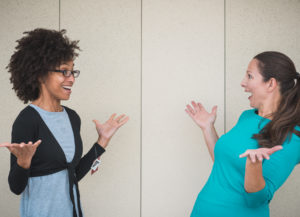 Here are some Fun Facts about Kim Black and Ana Buckmaster…